I took some time this cool Sunday afternoon to set the second route on the Climbing Cube I built for the garage. This route uses two sides with the top used for three holds.

I designed this route with the idea that the right hand stays on top of the cube as you balance with the left hand and legs. The start has the right hand high and the left low, forcing the climber to either keep the left foot free or sneak it on the left hand start. There’s one underhand pull up towards the end that should engage the left arm and core pretty well.

The corner turn is interesting to navigate. The top corner hold is a large round hold that get used as a piviot as you move around the corner. With enough wingspan, you can easily reach the two holds on either side of the route while straddling the corner if you can manage to get into a position to do such. Back climbing is done with the left hand high and has the same difficulty as going forwards.

One big change with this route is that it is meant to be traversed from a standing position, unlike the first route, which keeps you in a mostly spread squat position. The first route was set for a kid whereas the second route is set for an adult. I don’t see the kids being able to start this.

There’s plenty of route optimizations that I’ve found that are enabled just by how far I can reach. This route was built for my wife, April, to give her a traverse to play on. There’s about a foot difference in our height and as about as much in armspan. This makes quite a bit of difference between the two of us when using arms and legs to reach across a traverse. 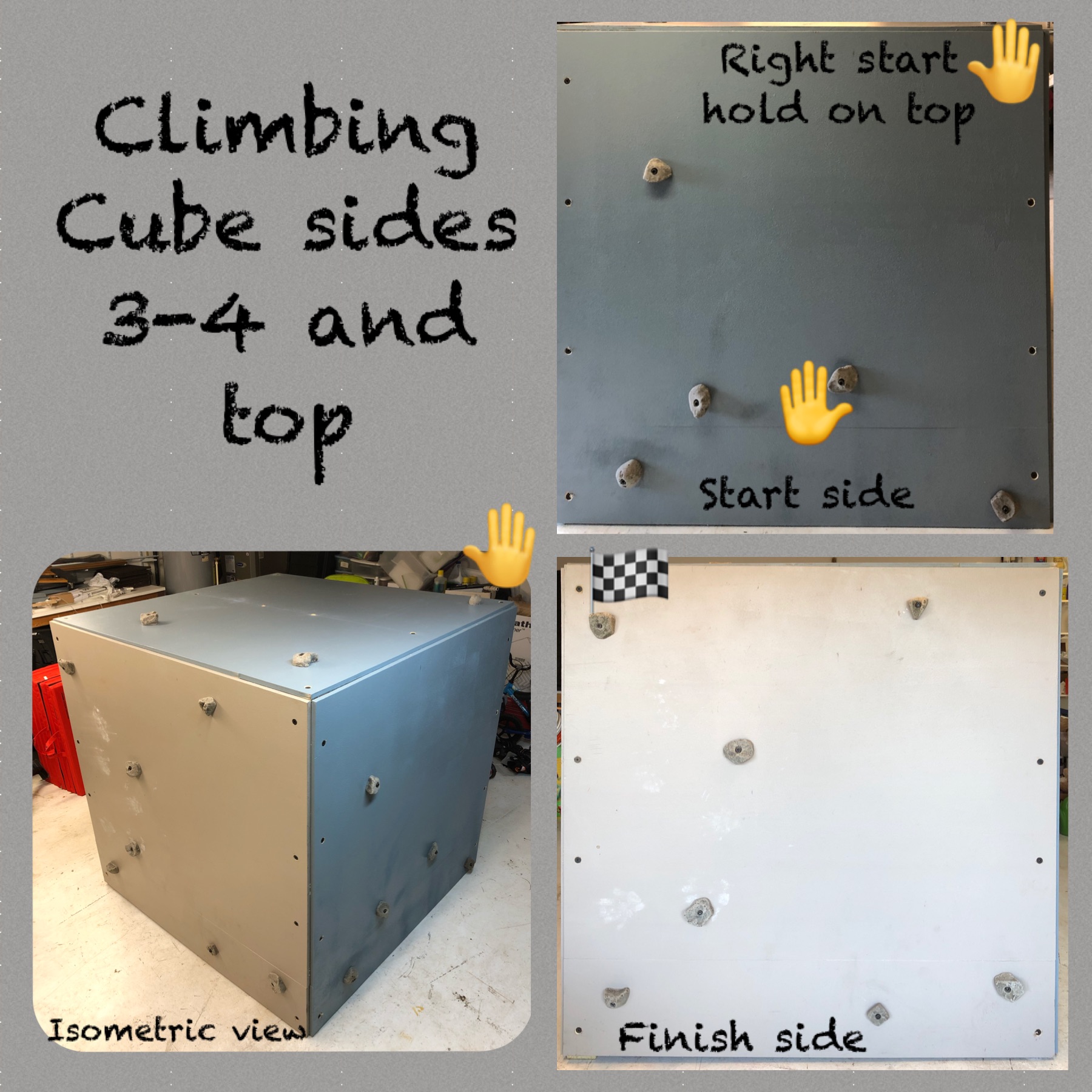